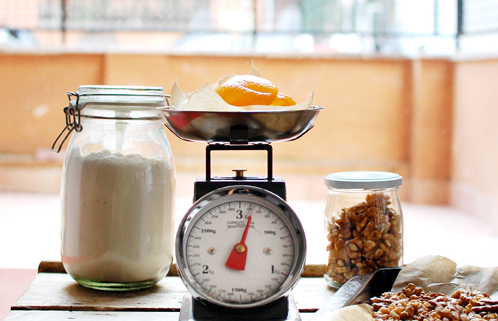 What I have learnt from the Italians

on baking and tradition

In Lewes Dan is baking Rachel’s pangiallo while up in London Rachel is drowning strands of saffron to colour the same recipe, which she learnt in Rome but which she now probably makes using notes from the very same Dan, her friend and baking mentor.  Dan is reminiscing about all things baked in Italy, while Rachel will spend Christmas in Rome candying fruit for rich fruit cakes or mince pies, filled with the warm nostalgia of cosy English Cristmasses.  In Sydney Valeria is pulling Zaletti biscuits out of the oven in the suburban december heat, transported for a moment to her own Venice, while back in Rome Sagher is blending the spices for Persian festive tea.  Carla makes her rich fruit cake filed with memories of her London years, and Sofie rolls shortbread pastry as only the Danish can.

The festive season is as much about nostalgia as anything else, and reminder of how place is forever part of who we are and what we cook.

Even those countries that don’t celebrate Christmas per se have special seasonal treats that celebrate the winter solstice or the first snow.  As Dan writes in his piangiallo post, food historians seem to think that, unlike panforte and other flattish sticky Italian traditions that seem to have their origins in the middle ages, pangiallo goes back to Roman times, where the spices used were those that came from the ancient silk road.  Christmas wasn’t celebrated then but the ancient Romans certainly paid homage to the turning of the seasons with the things that were available; dried fruit, nuts and spices; the ties that still bind festive fare everywhere.  And while the world continues to change the Christmas ingredient list hasn’t – for millenia.  In upside down Australia, where Christmas is celebrated in summer, we are only just coming to terms with the idea of turning out a summer pudding with fresh summer fruits in place of the sultanas, raisins and almonds of the northern hemisphere festive season.  I adore frutta secca, as the whole gamma of dried fruits and nuts is called in Italy, so particularly love cooking this season. 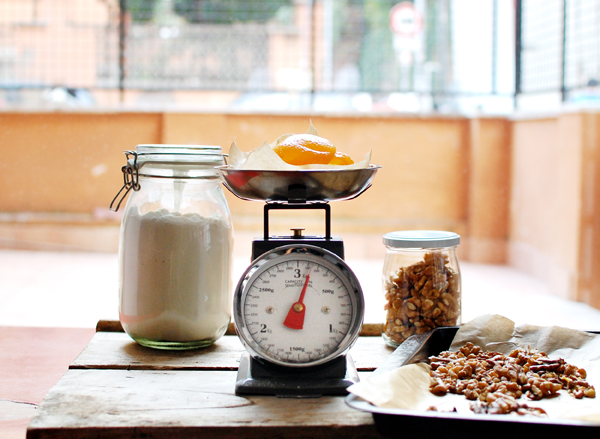 I have written about mince pies before and have just started production for the joint pop-up Christmas kitchen I’m holding with other nostalgic bakers Carla, Sagher and Sofie this coming Sunday December 13.  Mince pies are laden with memories and Christmas cheer for me, but I’ve formed relationships with Italian festive sweets along the way too.  I’ve shared the recipe for Cavalucci di Siena here before, but they are getting a re-run simply because I feel they are a lesser known but utterly valuable feature of the Italian Christmas collection.   Pay particular attention to the cooking times; a little less time in the oven gives these biscuits a delectable chewiness, a little more they become brittler and lovely also così.

In a large bowl combine the flour, spices, chopped nuts and mixed peel and pinch of salt.

Make a light sugar syrup by dissolving the sugar in water and cooking for a while.  Keep the liquid clear, don’t let it caramelize.  Let the sugar syrup cool a little, add the honey and stir well.

Make a well in the middle of the dry ingredients and pour in syrup, mixing well so that the mixture amalgamates well.  The mixture should have the consistency of shortcrust pastry, if it is too soft add more flour.  Turn the mixture out onto a floured surface and knead it a little, then cover in plastic wrap and refrigerate for at least half an hour.

Roll the pastry out into long sausages and chop into pieces roughly 3 x 3 cm. Roll into rough balls, squash with your thumb and lay on a being sheet lined with baking paper. In the photo below I cut pieces from a long sausage and just squashed in a shape resembling the Roman fave biscuits, but I believe the traditional shape is rounder, but with the same rough half squashed look.

Bake in a 160° C oven for 15 minutes.  They will not brown much, don’t overcook in the hope that they will.  Dust with a little icing sugar to serve. 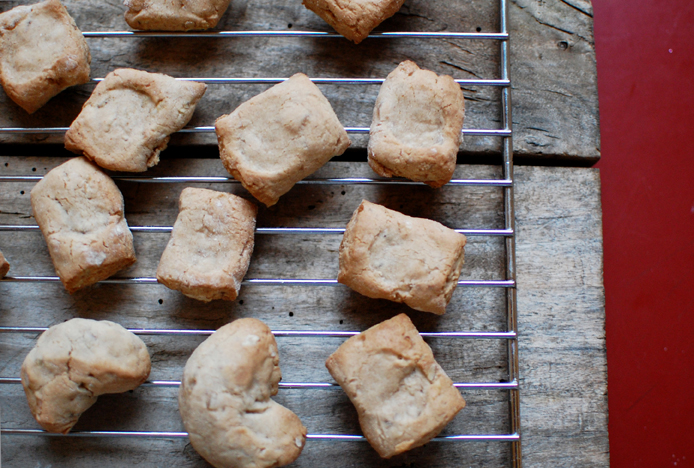 A little info about our Pop Up Christmas kitchen:

These are some of the items being prepared:  best to order if you want a specific quantity.

I am making mini mince pies at 10 euro for a dozen gift wrapped.

Carla is making Rich Fruit Cake at 20 euro for an over 1kg cake, as well as Nut Bowl biscotti and Oat, Cranberry and Coconut cookies at 8 euro per 400 g bag.

oh, and loads of incredible jams and chutneys.

Sagher is making festive Persian spiced tea in for 5 a large bag, as well as Saffron and Pistacchio cantucci at 5 euro per pack, as well as Cranberry, Ginger and Oat Cookies and Flavoured Sea Salts.

Sofie is making loads of wonderful things of which a few highlights will be Danish Vanilla Wreaths, Shortbread and Brown Spiced Crispy thins all of which will be 5 euro per 220 g.

contact any of us on the numbers below to order specifics! 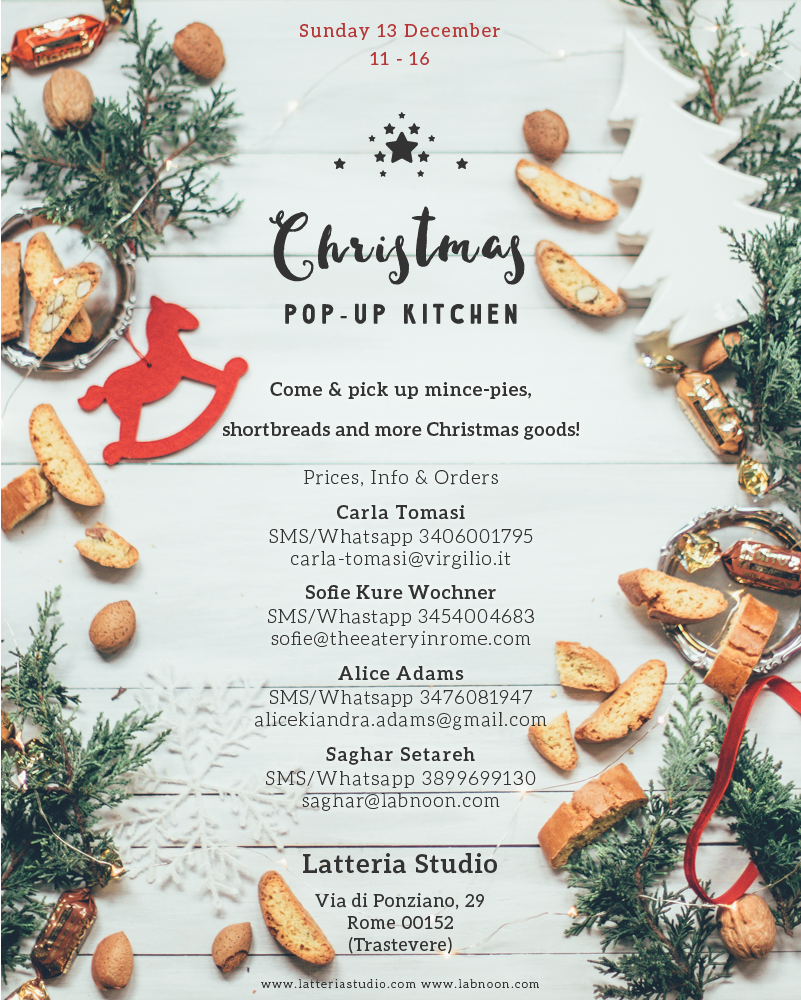