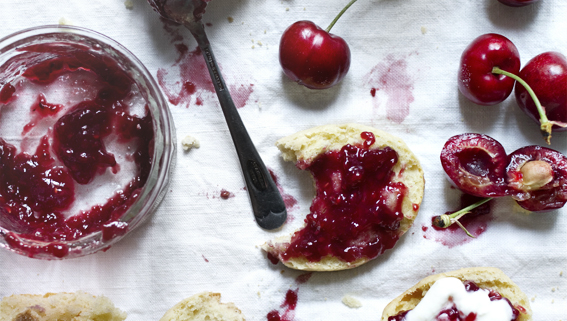 For better or for worse, Australia occupies a sort of novelty position in the eyes of many Italians.  Newspapers run spots about killer sharks and koalas on the loose, and us auw-stra-yalini get lots of questions like how long does the flight take? and are there really seven varieties of deadly spider?  Beyond this Italians often ask me for examples of a typical Australian meal or characteristic food.  How to answer, I think to myself, before launching into a long-winded explanation of what it’s like to live in a multicultural antipodean outpost, where over roughly 200 years we have done our best to adopt as many foods from various different places as possible, tweak them a little bit, and then brand them as our own. 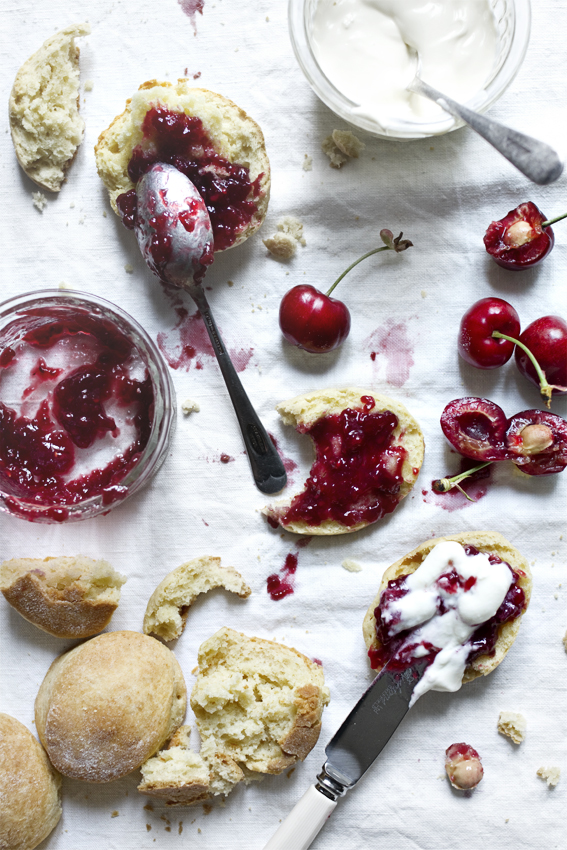 This recipe comes from my sister Lilly.  It is really mum’s, but has become Lill’s since she started winning first place with her scones at the Port Fairy Show.  What is a scone exactly, and more to the point, what happens at a country show?  Firstly, scones are English, and in the old country they get served with well made English tea, jam and cream as part of a Cream Tea.  Made simply with just flour, cream and water, or in other variations flour, butter and milk they are part biscuit, part bread, part cake.  In Australia there are a myriad of varieties including dried fruit, cheese and pumpkin but let’s concentrate here on the traditional plain variety, the one served as part of what Australians’ call a Devonshire Tea*, the gentile refreshment served (presumably in Devon) along with whipped or clotted cream and red jam (strawberry, raspberry, blackberry at a pinch).  As a child it was with great excitement that the family car pulled off the highway and into an establishment promising Devonshire Teas with a sign out the front, but of course we were then all highly critical of what was subsequently presented, because of course our mother made a top scone, and when she made them, they were light and fluffy and still warm from the oven and we ate them all immediately, topped generously with home-made raspberry jam and cream.  So Lill uses mum’s recipe, and has reportedly won the Gold Ribbon some five times.  Yes, at the Port Fairy Show, the annual country festival in the magical coastal town where they live.  This story wouldn’t be complete without a little background into Country Agricultural Shows. In the 1800’s a myriad of Royal (and non) Agricultural and Horticultural Societies were formed in Australia, based on the same societies in England, with the aim of promoting primary industries throughout the colony.  Both the largest cities and the smallest towns had their own Agricultural show; where the finest cattle and the best merinos were shown, where there was competition for the fastest sheep shearer and the niftiest cattle dog.  For the women folk, competitions were started for cakes and flowers and other crafts.  (I have to add here that my mother has won a few ribbons at the Port Fairy show too, for her roses).

With time, loud rides and show bags were added to the mix, before Agricultural Shows suffered a general decline and ran the risk of disappearing all together.  Fortunately, rising interest in agriculture and where our food comes from, quirky entertainment and great food stalls have brought The Annual Show back into fashion, and apart from being a place where your scone, or sheepdog, or tractor can have its five minutes of fame they are truly heartwarming community moments when people from a town get together across generations and celebrate what they raise, grow, make and trade.  More than just fun for all the family, they actually keep us connected to things that are real, as opposed to the rubbish we ingest via other sources.

Heat oven to 210°C and make sure fresh cream and good quality raspberry or strawberry jam are at the ready.

Sift flour into a large bowl, add a pinch of salt and then pour the cream and water into flour lightly mixing with a butter knife in a cutting action (or mix gently on a low setting in a stand mixer).  As soon as the mixture comes together tip out onto a floured work surface and using your hands pat out (don’t roll) to a thickness of 2 1/2 cm.

Use circular cutters of approximately 5cm diameter to cut out the scones.  Lightly dust an oven tray and bake for 10 – 15 minutes until scones are golden brown and hollow when tapped.  Cover with a clean tea-towel once baked and serve while still slightly warm with the best raspberry jam you can get your hands on and whipped or thick cream.

* An English Cream Tea is the same as an Australian Devonshire Tea.

All photos thanks to Joanne O’Keefe @missfarmerjojo , whose images capture rural Australia with a realistic beauty that makes me a bit homesick. The scones were made by me and shot by Marie Sjoberg. 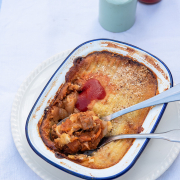 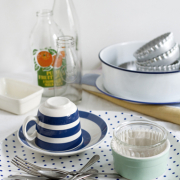 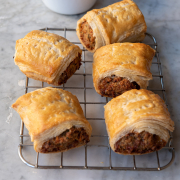 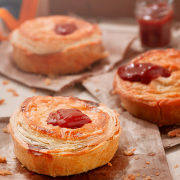